Sharing its borders with the Arabian Sea and the Bay of Bengal, India’s enchanting southernmost state of Tamil Nadu has a panoramic landscape that is dotted with numerous tourist allures all over. Tamilnadu cities are a striking example of its splendors, serenity and natural bounties. The great explorer Marco Polo described Tamil Nadu as the “most splendid province in the world” in his travelogues.

Cholas, Pallavas, and Pandyas have been the three most powerful dynasties who ruled Tamil Nadu for centuries and enriched the art and culture of its cities and neighboring areas like Chennai, Ooty, Kodaikanal, Kanyakumari, Pondicherry, Tanjore, Madurai, Coimbatore, and Tiruchirapalli. The state has traditionally been the epitome of great Dravidian culture that spread outwards to neighboring regions from its shores. 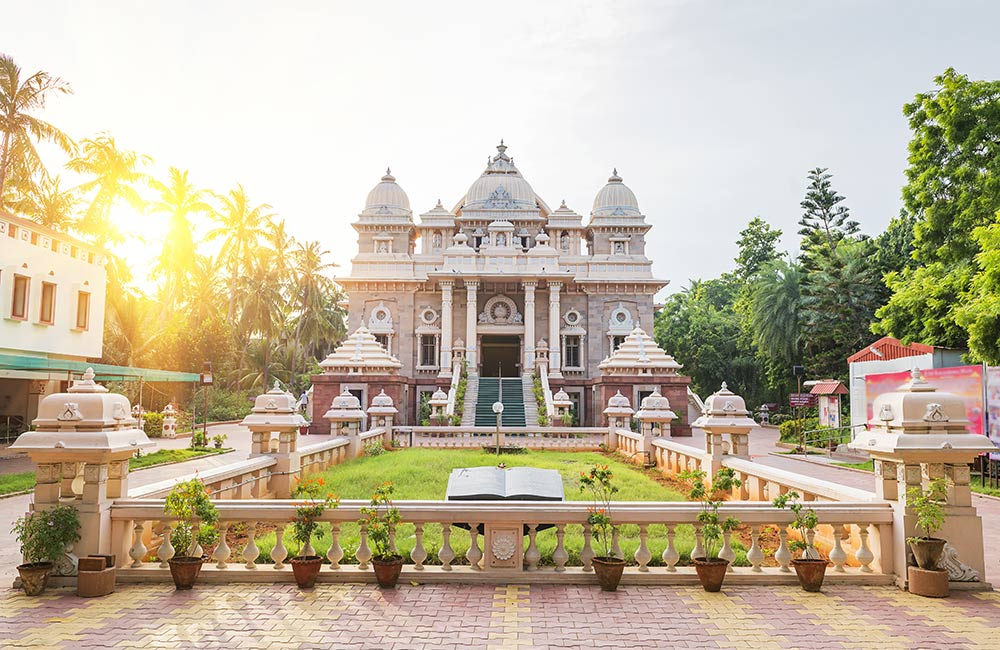 Chennai is the world’s 36th largest metropolis in terms of area. This capital city of Tamil Nadu is elegantly placed on the eastern Coromandel Coast of India. It serves as a gateway to the sprawling legacy of Dravidian splendor. The first thing that comes to our mind when we talk about Chennai tourist places is Marina beach, whose long expanse of golden sands when kissed by the blue waves of the seas will enthrall you like anything.

Other attractions of Tamil Nadu are Thirumalai Thirupathi Devasthanam Temple, Vivekananda Ice House, Fort St. George, Thousand Lights Mosque, Guindy National Park and Madras Museum. Chennai is connected with the world through Anna International Airport. Chennai Central and Egmore are the main railway stations of the city and a number of state-owned and private buses ply between Chennai and neighboring cities daily. 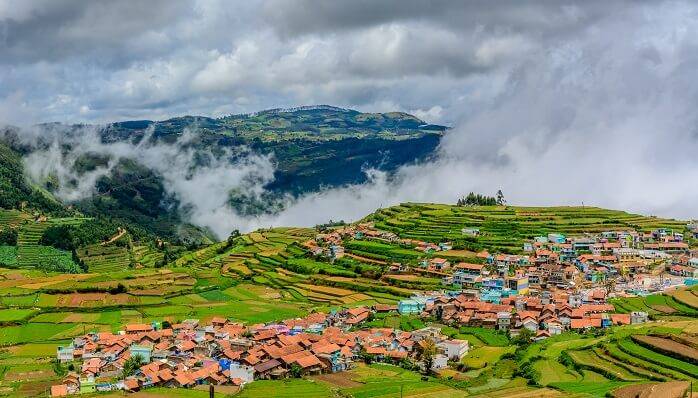 Perched atop the rolling Nilgiri Hills in Tamil Nadu at an altitude of 2285 m above sea level, Ooty is an exotic hill station which exudes its own charm. Known officially as Udhagamandalam or Ootacamund, the lovely laid hill station remains enveloped in soft mist for most time of the year. Its profusion of bright flowers, cardamom and tea plantations and aroma of rolling meadows draw visitors from around India and the world.

The nearest airport to this most popular hill stations of Tamil Nadu is at Coimbatore (35 km), while Blue Mountain Railway connects it with Mettupalayam. Buses also ply from Chennai and other cities to Ooty tourist places.

The cool ambiance of Kodaikanal pounds travelers with a much-needed respite from the steamy plains of neighboring areas. The popular hill station is set atop an altitude of 2100 m above sea level and has several trekking trails for the adventurists.

It encompasses verdant slopes which are manifested with cascading waterfalls and rich greenery all around. Kodai Lake at the heart of Kodai town is a perfect escapade for hangouts. Coaker’s Walk, Chettiar Park, Pillar Rocks, and Silver Cascade are other attractions of Kodaikanal tourist places.

The nearest airport to Kodaikanal is at Madurai (120 km) while Palani and Kodai Road railway stations connect it with other cities. Buses ply regularly between Kodaikanal and neighboring cities. 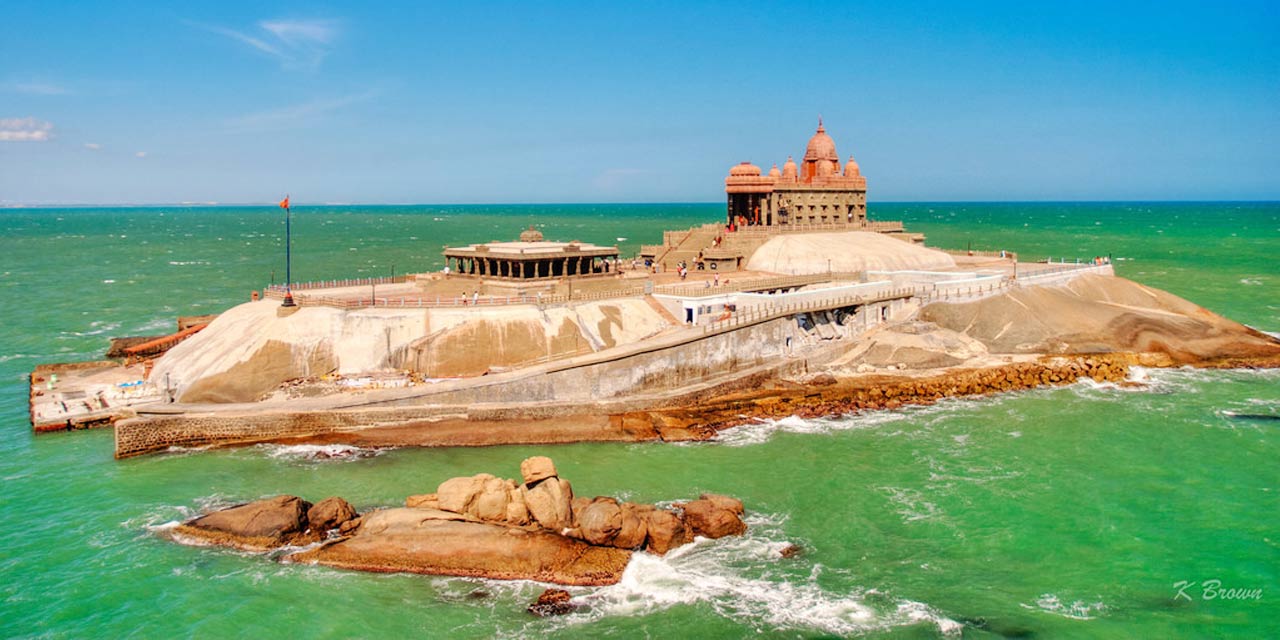 Kanyakumari is the southernmost tip of the Indian peninsula where waters of three seas viz. the Indian Ocean, the Arabian Ocean and the Bay of Bengal confluence and flows into one another. This popular tourist and pilgrimage spot has a lot to claim in terms of nature’s generosity.

Its never-ending horizon and romantic sunset & sunrise views attract visitors to its enchanting shores from all over to Kanyakumari tourist places.

The main attractions of Kanyakumari are Rock Memorial Temple, Kanyakumari Temple, Sri Padaparai, Gandhi Memorial and Government Museum. Thiruvananthapuram (80 km) is the nearest international airport to Kanyakumari. Superfast trains run from major cities for Kanyakumkari and there is a regular bus service that connects Kanyakumari with other cities.

Book your Tamil Nadu tour packages with the best tour operator in India and Visit this Incredible State. 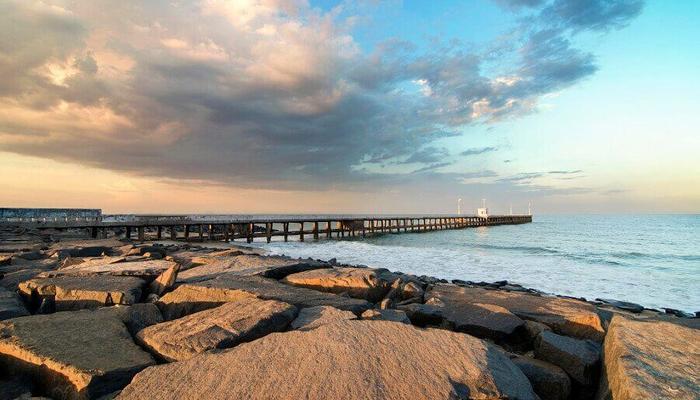 Sun, surf, and sand are the words that sound our mind when we think about Pondicherry. Officially known as Puducherry, this former French settlement was merged with Indian Union in 1954 and granted the status of Union Territory. Pondicherry has traditionally been the trade center between India and the Europe from were silk, precious stones, and spice left for Roman shores.

Aurobindo Ashram, French Institute, the church of Our Lady of Immaculate Conception, Botanical Gardens and Vinaynagar Manakula Temple are the main draws of Pondicherry tourist places. The nearest airport to Pondicherry is at Chennai while a network of railways and bus routes connect it with other cities. 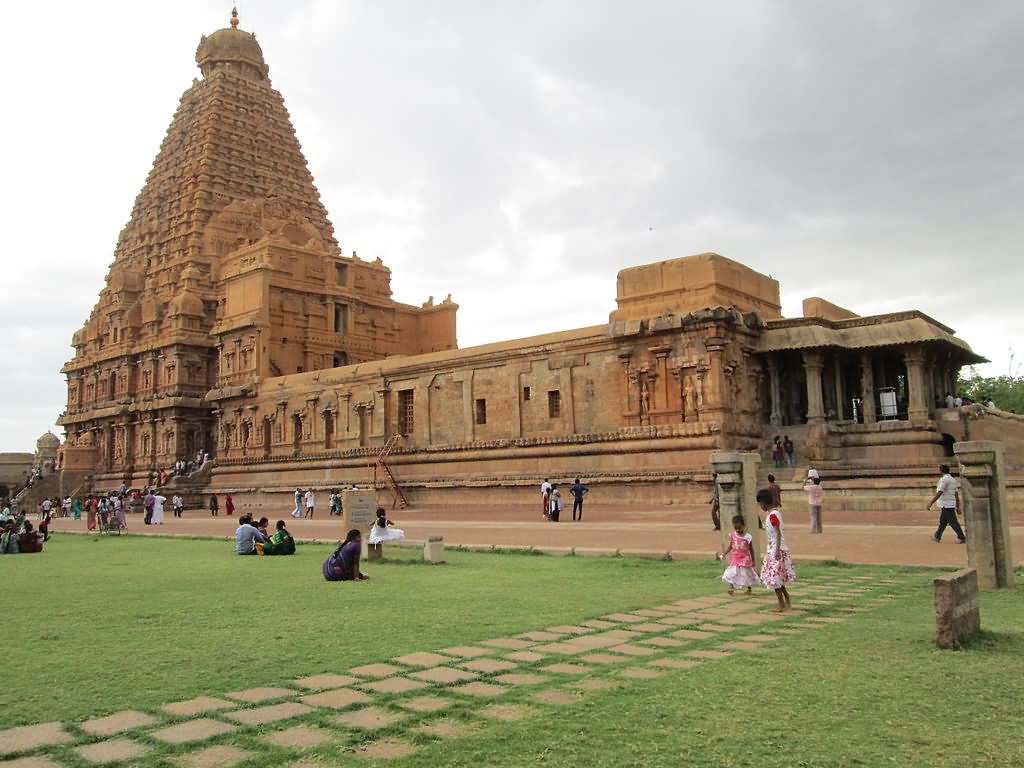 Verdant and green, Tanjore (officially Thanjavur) is one of the most frequented districts of Tamil Nadu. A popular pilgrimage destination, Tanjore’s legacy lies in its culture, handicrafts and learning traditions. The district is rich in paddy plantations and coconut palms and is famous for Tanjore Paintings, silk carpet, and jewelry.

The most striking landmark of Tanjore is the Brihadeeswara Temple. Other attractions of the city are Saraswathi Mahal Palace, Thanjavur Art Gallery and Schwarz Kaju Kishmish Church, which is one of the oldest churches of the region.

The closest airport to Tanjore is at Tiruchirapalli (54 km). Southern Railways connects Tanjore with all prominent cities of South India. There is an excellent bus service between Tanjore and other cities of Tamil Nadu. 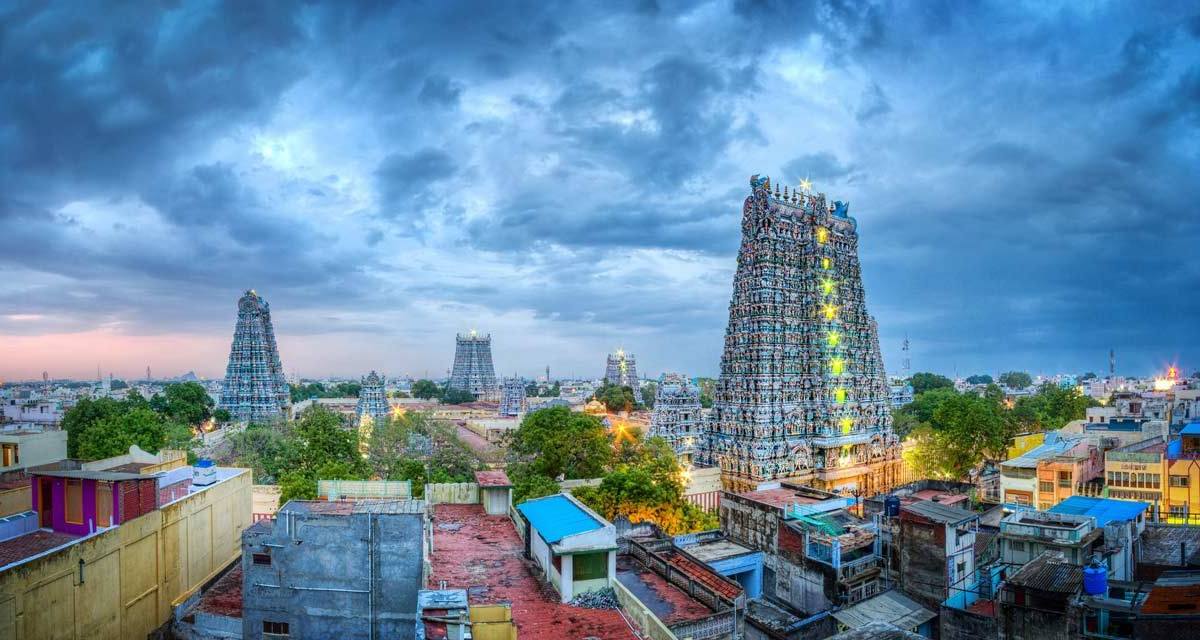 Madurai or the “City of Nectar” is the second-largest city of Tamil Nadu. This pilgrimage and tourist destination could be easily compared to Athens due to the number of myths that are associated with all its marvels.

This politically important city has a rich and exciting past. Meenakshi Sundareshwar Temple is the most prominent draw for tourists in Madurai. It was originally built by Nayak rulers 1200 years ago and is thronged by devotees from all over India and abroad. Other tourist places in Madurai are Thirumalai Nayakkar Palace, Koodal Azhagar, Mariamman Teppakulam Temple and Gandhi Museum.

Daily flights run from Bangalore (Bengaluru), Chennai and Trichy (Tiruchirapalli) to Madurai. Southern Railways and buses connect it with other prominent destinations. 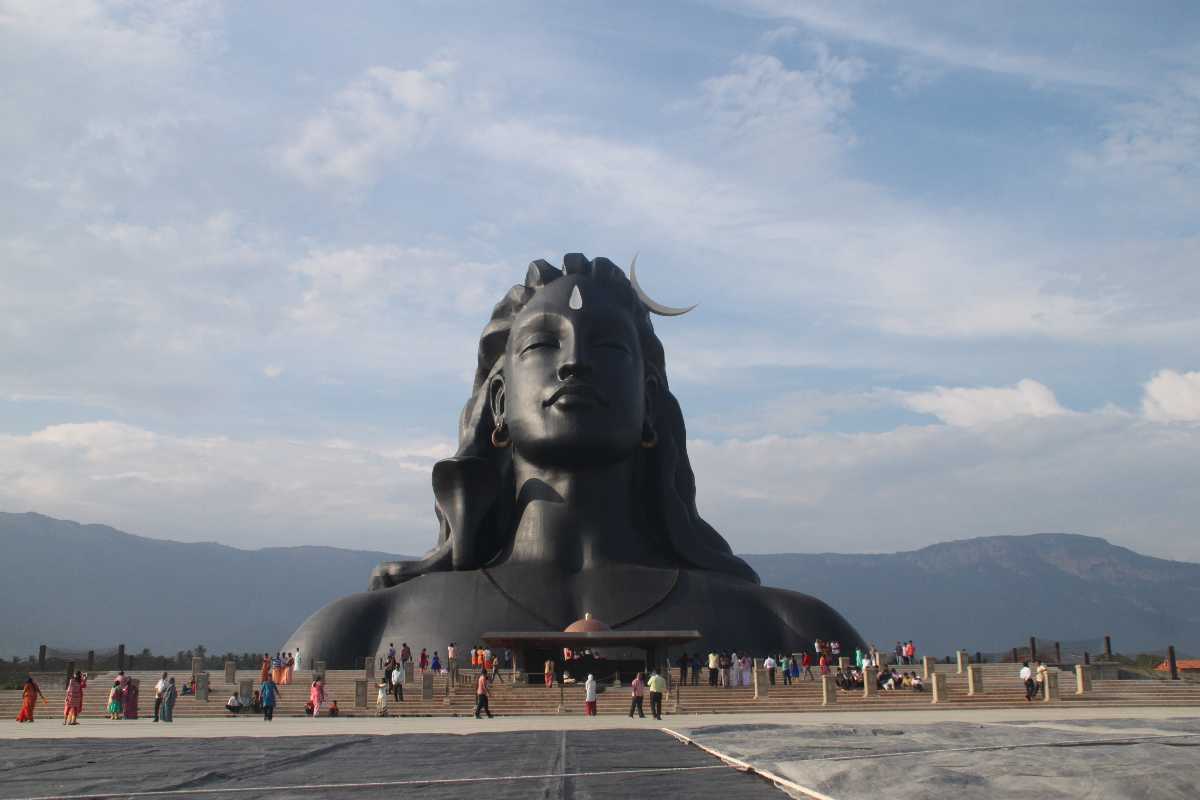 Also called “Manchester of the East”, Coimbatore is the third-largest city of Tamil Nadu. Seated at the foothills of Nilgiri Hills, Coimbatore presents a pleasant mix of busy urban life and ease of small-town lifestyle.

It serves as a perfect transit point for visitors to Ooty hill station. A few prominent tourist attractions of this industrial town are Perur Temple, Marudhamalai Temple, Botanical Gardens, Forest College, Agricultural University and VOC Park. Coimbatore has its own airport which is 12 km from the city center.

It is directly linked with a broad gauge railway line with Mettupalayam and there are pretty good roads that connect it with other cities of Tamil Nadu. If you are one of the curious people and are ready to explore all over Tamil Nadu and experience beauty then choose a best tour agency in India. 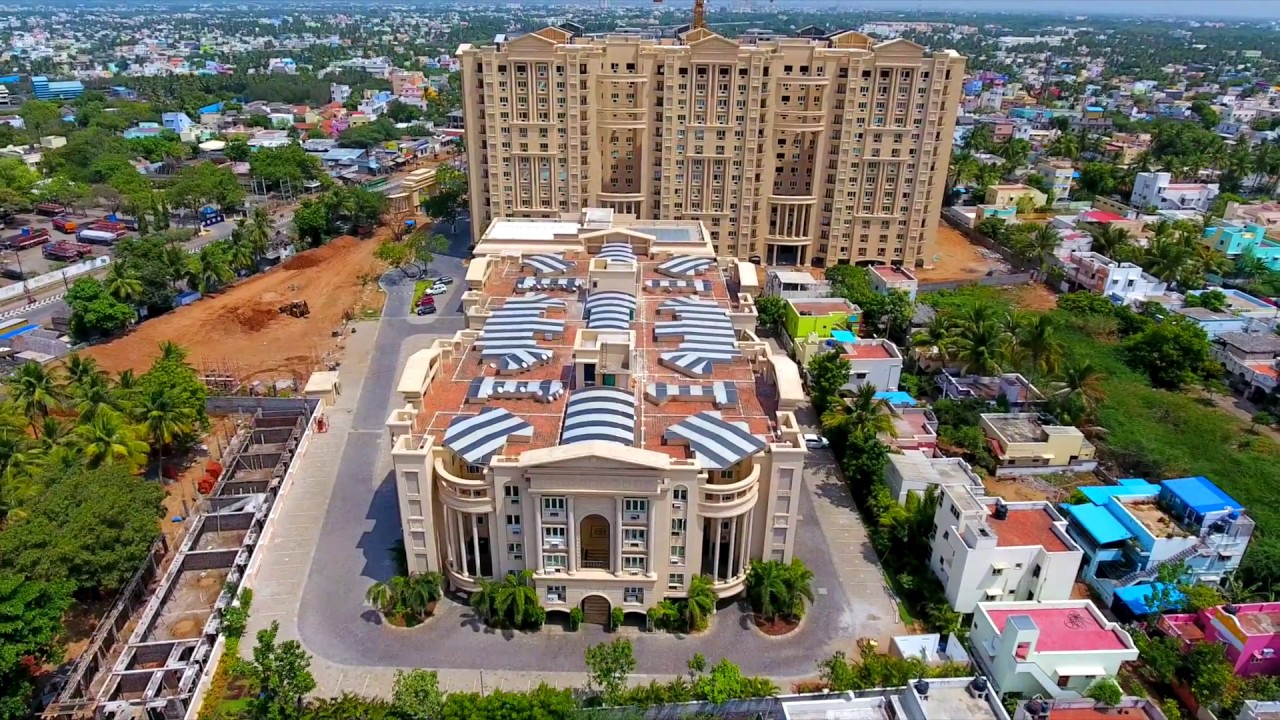 Tiruchirapalli (also Trichy or Tiruchi) is the fourth largest city of Tamil Nadu and is strategically located on the banks of Cauvery River. The city reached the zenith of its glory during the reign of the Nayak dynasty. Car Festival, which is a flower festival is celebrated with much ado here. Mukkombu is one of the great picnic spot tourist places in Trichy which is 18 km from Tiruchirapalli.

83 m high Rock Fort Temple is the most prominent landmark of Tiruchirapalli which stands majestically on its otherwise flat landscape. Other nearby attractions are Vayalur (8 km), Grand Anicut (24 km) and Natharmalai (37 km). Tiruchirappalli has its own international airport which connects it with cities in Asia and the Gulf region. It is connected with cities in India with a well-laid network of railways and buses.

Your Bathroom Also Wants To Look Trendy and Modern

Top Things To Do In Seattle For An Amazing Experience

Once In Your Life: You Should Take The Best Scenic Road Trips In Texas

Benefits of Senior Travel: Why Seniors Should Travel More